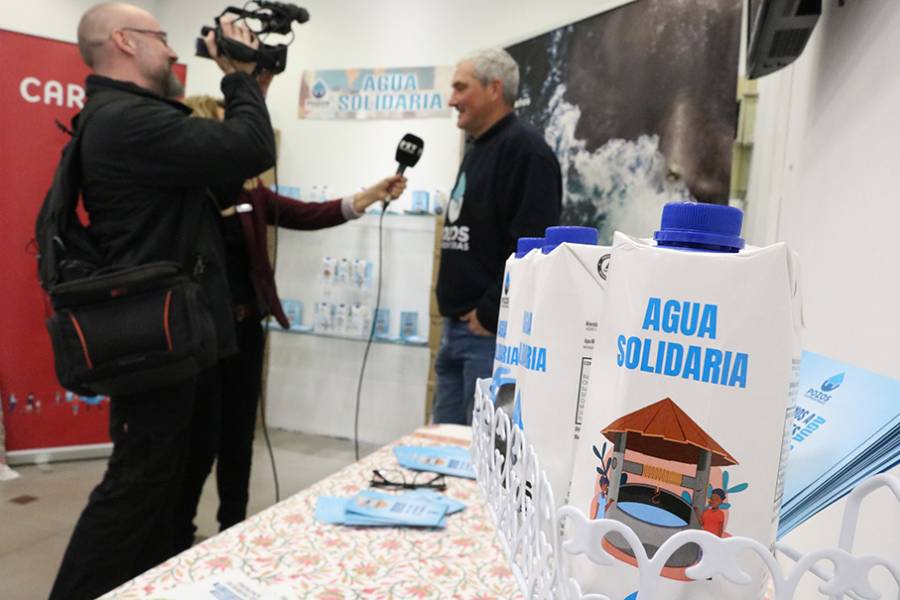 Last Monday, February 17, the Carrefour Alameda Shopping Center was the meeting point for representatives of the City Council, the Provincial Council and the La Caixa Foundation, to celebrate the opening of the first physical store in Pozos Sin Fronteras, and the inauguration of its online store, that drives the consumption of solidarity water.

Pozos Sin Fronteras is a Non-Governmental Organization for Development founded in Malaga, whose mission is to create access to drinking water in the most vulnerable and remote populations, in addition to implementing agricultural infrastructures that become a fundamental base to improve the quality of life.

Along with the launch of ecommerce, the opening of this store translates into “a very effective formula for institutions, companies and individuals to participate directly in achieving the goals that Pozos sin Fronteras carries out in countries such as Burkina Faso, Ethiopia, Togo, El Salvador or Bolivia”. This was stated by the president of the ONGD, Coco San Emeterio, during the inauguration.

In addition, it is a new opportunity to encourage the consumption of Solidarity Water. “To make our work for development in Africa and America visible, which results in our commitment to the transparency required by our condition of being a NGDO declared of Public Utility”, Coco San Emeterio has explained.

Also present were the Councilor for the Citizen Participation Area of ??the Malaga City Council, Ruth Sarabia; Francisco José Martín Moreno, Delegate for the Elderly, Third Sector and International Cooperation of the Diputación de Málaga; Julio Andrade, Director of CIFAL (International Center for Training of Authorities and Leaders of UN-UNITAR) in Malaga; Juan Carlos Barroso, territorial manager of Fundación La Caixa in Málaga, Córdoba and Melilla and Guillermo Nevado, Asset Manager of Carmila in Spain, who is the owner and manager of 78 Carrefour shopping centers in the national territory, and who has recently signed an agreement in collaboration with Pozos sin Fronteras through which the opening of this store has been possible.

In the same way, Pozos Sin Fronteras has launched an online store to extend the consumption of solidarity water, in any of our presentations, with distribution to any part of the national territory.

This presentation is 100% recyclable, at the same time the packaging is made from 70% plant-based products, reducing carbon dioxide (CO2) emissions by half during its production.