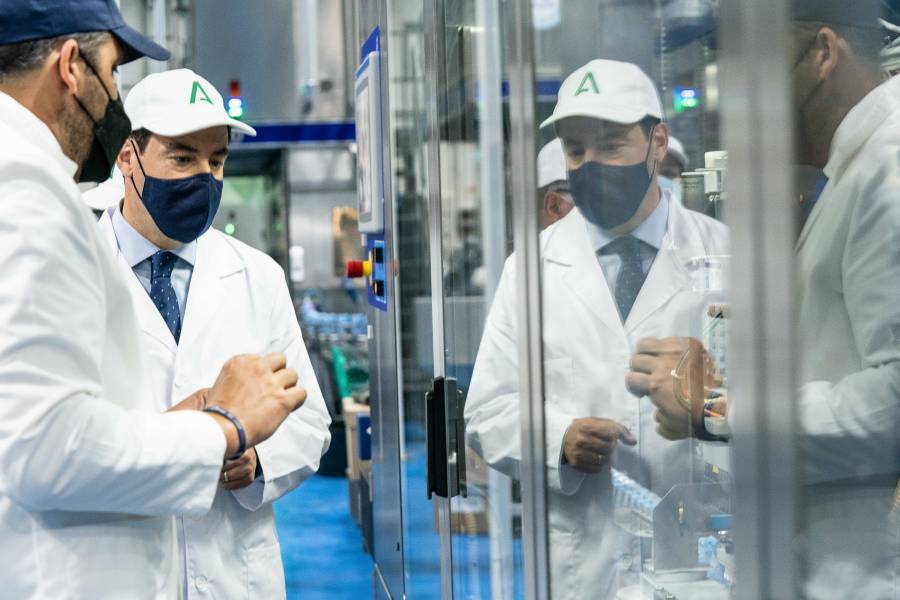 The inauguration of the extension of Ly Company’s facilities and its ‘Aula del Agua’, the first educational-environmental classroom in Andalusia, took place on 11 June 2021.

Ly Company Group began its business activity in 2015 in the carton water packaging sector and just 4 years later it has grown from a national start-up to a multinational with an active presence in 16 countries.

The creation of the ‘Aula del Agua’ was born with the objective and mission of promoting the fulfilment of the Sustainable Development Goals set out in the United Nations 2030 agenda.

As well as promoting social commitment through the visibility of our solidarity work with Pozos Sin Fronteras.

A non-profit association, whose main mission is to provide water to people and local communities so that it can be a basic tool in their escape from poverty.

It is also a collaborative space for both companies and educational centres that are committed to training as a channel for achieving sustainable transition.

Francisco Rodríguez, CEO of Ly Company Group highlights that this pioneering initiative will benefit the Andalusian business network, not only in terms of sustainability.

Establishing itself as a sustainable business model committed to the environment, but also in the socio-economic sphere of Andalusia as a reference both nationally and internationally in the food sector.

The inauguration had the pleasure and pride of being attended by the Andalusian president, Juanma Moreno.

As well as the Minister of the Presidency, Public Administration and Interior, Elías Bendodo; the Minister of Agriculture, Livestock, Fisheries and Sustainable Development, Carmen Crespo, the delegate of the Government of the Junta in Málaga, Patricia Navarro, and an important representation of the various regional representatives.

During the visit, Moreno praised the work of Ly Company in generating and promoting not only employment in Andalusia, but also environmental awareness.

«You do this through your work and also through the Foundation and the many activities you organise that benefit the rest of the planet.”.

He also highlighted the exemplary success of Ly Company not only in environmental matters, but also in educational and social commitment.

The celebration of this event has been possible thanks to the exponential growth that Ly Company Group has experienced due to its successful business model, with which it has grown in just 4 years from a national start-up to a multinational.

The multinational is currently booming and already has two factories in Spain, one in the process of civil works in northern Italy, scheduled to start operations in August this year, and the recently inaugurated factory in the Dominican Republic.

In addition to upcoming projects in Cameroon, Qatar and Japan.