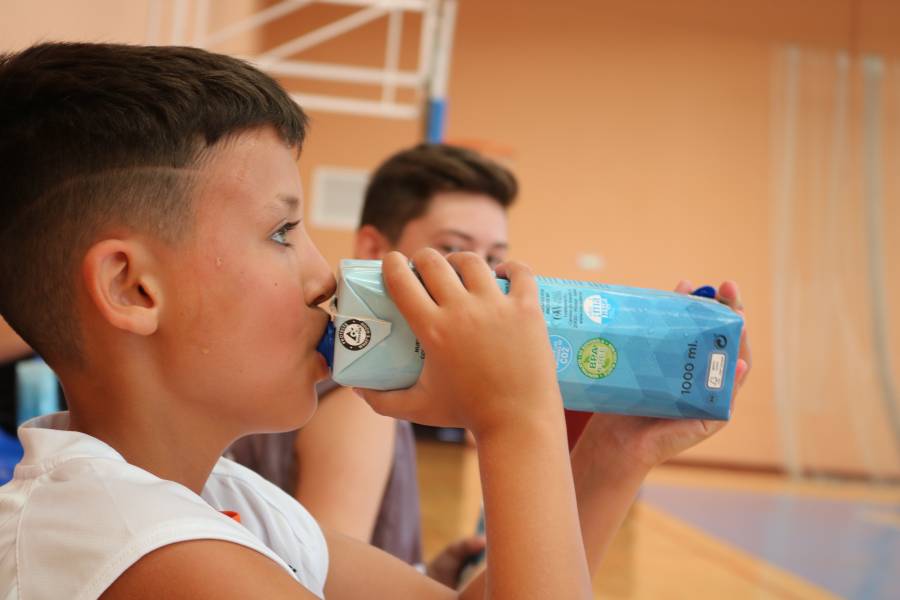 Only Water’s cardboard water accompanied the educational and sports activities of the 675 Academy founded and directed by Berni Rodríguez, player and captain of Unicaja for 13 seasons, which took place in the Palacio de Deportes, during the last two weeks of the month of July .

The World Champion with Spain together with his father, Bernardo Rodríguez García, who in turn has been linked to the lower categories of Unicaja Baloncesto Málaga for decades, have developed the 675 Methodological System, to complement Malaga basketball .

In Project 675, basketball is used as a driving vehicle to promote values ??such as equality, integration, solidarity, support for women, coexistence and of course, health .

The 675 academic program consists of an innovative and differential method that is developed thinking of two categories, the Minibasket, which reaches boys and girls between the ages of 2 and 12, and the Superbasket, in which male and female players are integrated. 6 years and older, with cognitive functional diversity .

The method is based on the fusion between the traditional style, which has been so successful in the recent history of Malaga basketball, and the latest trends. The result is its own exclusive style that promises to position the city of Malaga as a benchmark for national and international basketball .

For this, the 675 Academy has the help and collaboration of the Unicaja Foundation .

Project 675 and Only Water remain hand in hand because they share values ?of solidarity, inclusion and sustainability .

Only Water’s cardboard water hydrated the children who were developing the sports and educational activities taught by the 675 Academy in the facilities of the José María Martín Carpena Sports Palace, as part of a collaboration agreement signed by both parties on last year .

Within the framework of which we have been exceptional witnesses and sponsors of the alliance between Cifal Málaga and Project 675 to promote the Sustainable Development Goals in the field of sport and through which the Sports Week and the SDGs will be celebrated, with different talks by renowned professional athletes, workshops, games and dynamics aimed at students between 9 and 17 years old.