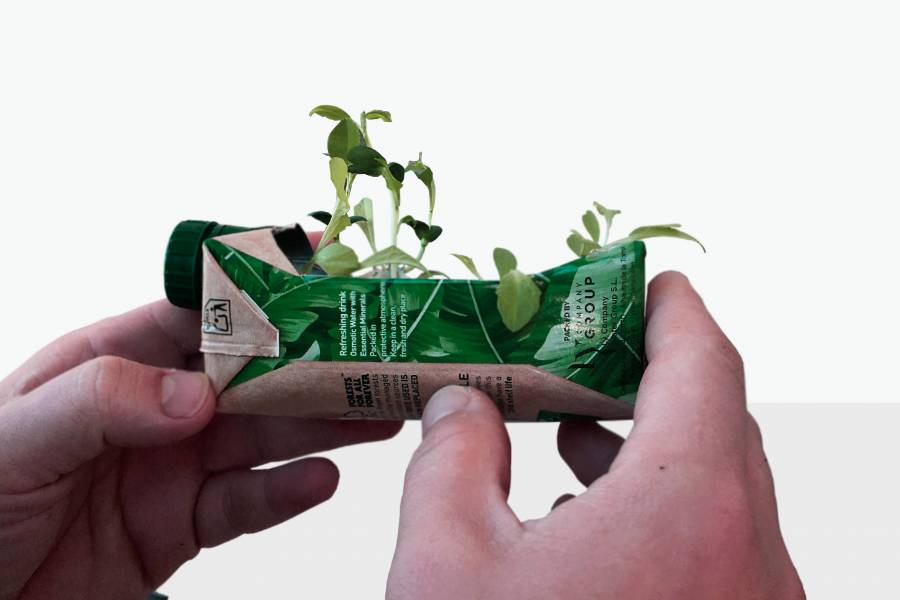 The circular economy is a new concept that is interrelated with sustainability and whose objective is that products, materials and resources remain in the economy for as long as possible, thus reducing the generation of waste.

Since the industrial revolution and later with all the advances in production lines, the economic and consumption system was summarized in three steps: Produce, use and throw away.

Although in recent years an attempt has been made to close this scheme with a fourth point, recycling that has not been able to cover, not even close, the scale of the problem. Only 9% of all plastic waste in the world has been recycled.

One of the solutions that we defend at Only Water is to replace those steps in two: Reduce and Reuse, without ignoring recycling which, when included in this new system, would be more effective.

Most of the containers and packaging of all the products that are marketed, are used and thrown away. As a result, each year the global economy loses about $ 80 to 120 billion corresponding to the value of plastic material.

More than 8.3 billion tons of plastic have been produced since 1950. According to the Ellen MacArthur Foundation’s New Plastic Economy report, at this rate of production and recycling, it is estimated that by 2050 there will be more plastic than fish. in the ocean.

An important point to highlight is that consumers are becoming more and more aware of the problem and are involved in possible solutions so that, although making changes in production can be expensive, it can be said that there is a guaranteed market, that goes to more.

In fact, there is a growing trend among consumers to look for products that have environmental seals or logos when making purchases, this has increased from 37 percent in 2013 to 54 percent in 2019, according to the Index produced by Tetra Pak.

As, for example, in the case of Only Water, we have the FSC seal that guarantees that the cardboard that makes up our packaging comes from renewable sources, in the same way we have the Bonsucro seal, which certifies that both our cap and part The internal lamination of the packaging is made from sugar cane.

But not only do we do it, more and more brands worldwide are looking for ways to reduce their environmental footprint. And you can do it too.