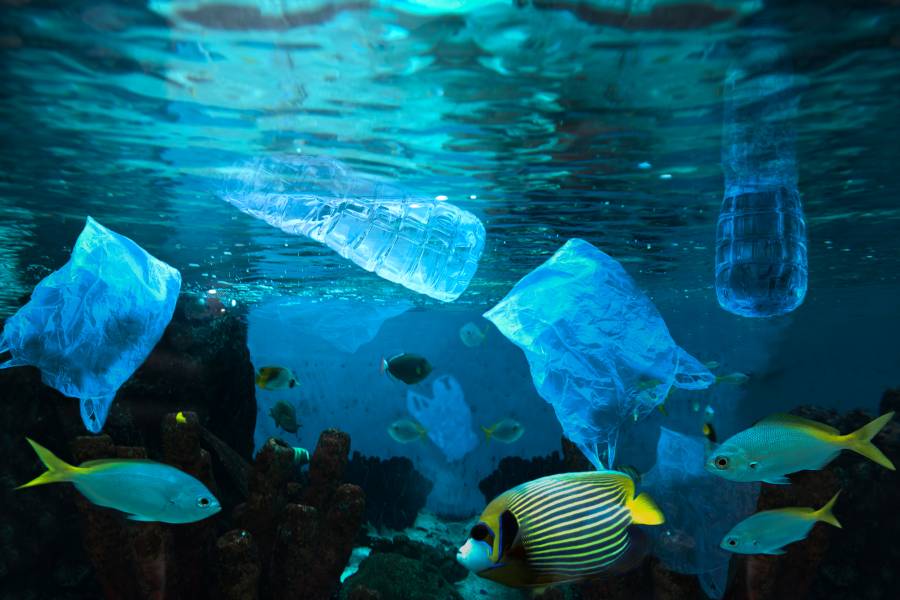 How long does a plastic bottle take to decompose?

The plastic we use every day can end up in our seas and oceans, even if we have deposited it correctly in the yellow container. 79% of discarded plastics end up in landfills or in the environment, in fact, every second 200 kilos of plastic are dumped into the sea, according to a Greenpeace report.

In addition to this, it is known that only 9% of the world’s plastics are recycled and 12% are incinerated, according to a study presented in India by the UN Environment.

This has to lead us to ask ourselves what happens with all that plastic? How long will it be in the environment?

Plastic is very persistent and disperses easily, which is why we can find products or packaging made of this material in all corners of the planet, from the Arctic to the Antarctic. In 2017, the world’s first plastic count was 8,300 million tons of plastic (generated until then), which is equivalent to the weight of a million Eiffel towers.

How long does it take for a plastic bottle to disappear to the seabed?

However, all that plastic that lies in landfills, in the sea or anywhere in the world, will not go away easily. The rate at which plastic disintegrates depends on its composition and the environmental conditions to which it is exposed. Thus, for example, the decomposition of a plastic that is highly exposed to the sun and ocean currents will be much faster than that of a plastic object lying in a shady place.

On the seabed, a plastic bottle takes, on average, 500 years to degrade. Whereas a thread of weighing decomposes in approximately 600 years. On the other hand, lighters can remain intact for a century and the sole of a shoe can take 20 years to disintegrate, something more than a cigarette butt, which is estimated to take between 1 and 5 years.

According to Greenpeace data, 30 million plastic cans and bottles are abandoned every day, in Spain alone. Once the plastic objects reach the sea, they can be ingested by marine fauna and accumulate inside. They can remain suspended or floating on the surface. They can eventually sink and stay on the seafloor, or they can even get trapped in Arctic ice. Plastics have already been found even in the deepest areas, more than 10,000 meters deep.

All these data lead us to a problem that directly influences the home of everyone in the world. At present, five areas of concentration have been identified, known as plastic “soups” and where a high concentration of microplastics has been found. One in the Indian Ocean, two in the Atlantic (North and South) and two in the Pacific (North and South).

But the problem is not that far off. In the Mediterranean we also find a large amount of microplastics. According to Greenpeace, between 21% and 54% of all microplastic particles in the world are found in the Mediterranean account. In fact, during investigations carried out by the Greenpeace team during 2015, an average of 320 garbage objects were collected for every 100 meters of beach sampled in Spain.