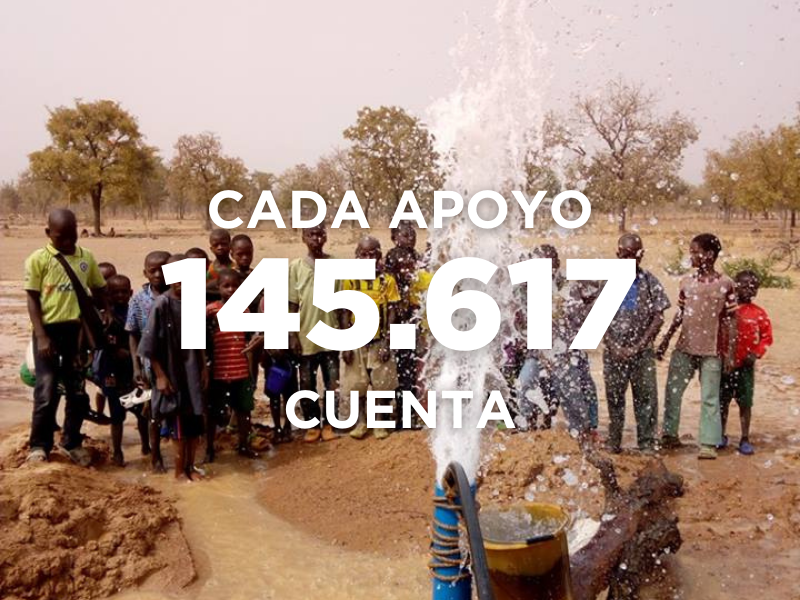 AT ONLY WATER EVERY CARTON OF WATER COUNTS

Africa Day” was celebrated on 25 May.

This day was decreed by the Congress of African States, with the aim of raising awareness of the needs that all the countries of the African continent continue to face.

In spite of all the progress we are making little by little, it is necessary to remember some worrying facts that are still present today:

We cannot change the world, but we can make it better.

That is why Only Water, together with Wells without Borders, is doing its bit by bringing water to the most inaccessible places in Africa and America.

In this way we have already managed to complete the following projects:

These projects have already changed the lives of more than 145,000 people with an investment of 1,862,858 euros in these regions.

AT ONLY WATER EVERY BOTTLE COUNTS

Only Water donates a percentage of sales from each carton of water to wells without borders.

In 2020 and 2021 we plan to reach a donation of more than 100,000 euros to finance the construction of water wells in different degraded areas of the world.

Our goal for 2021 is to exceed the figure for the following years, which would bring water to the most inaccessible places in Africa and America.

And you, do you want to do your bit?