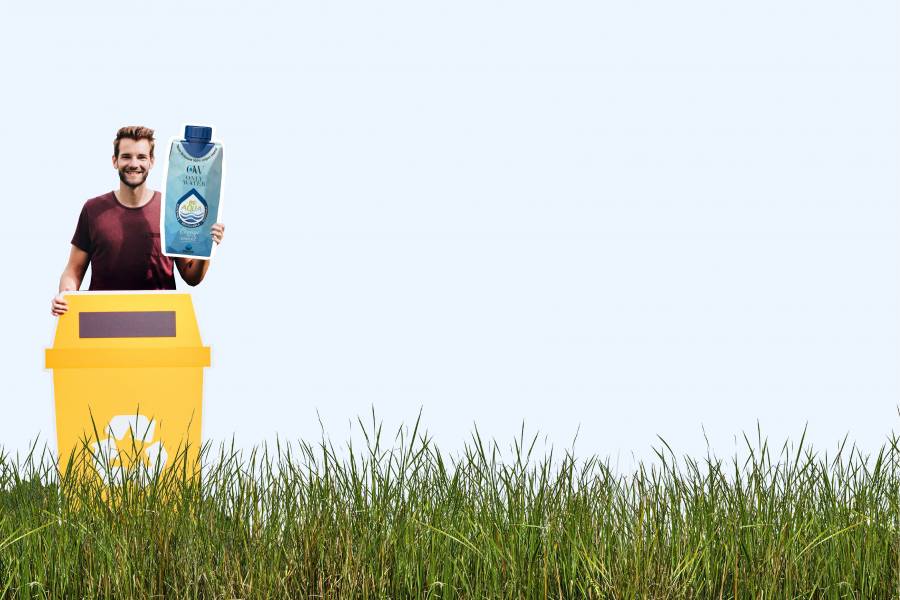 WHAT HAPPENS TO THE BRIKS AFTER THE YELLOW CONTAINER?

Individual actions count, recycling is one of the things we can do in a particular way to combat pollution which, to a large extent, is caused by the massive consumption of single-use packaging that must be deposited in the yellow bin.

It is clear that recycling is not a definitive solution. In fact, the United Nations published a report warning that only 9% of plastic is recycled, the problem is that this material makes up almost all of the packaging that ends up in the seas and oceans. In the same report, the UN reported that more than 400 million tonnes of plastic are produced worldwide every year.

What about the briks?

Despite the doubts that may arise due to the materials they are made of, in Spain briks must go into the yellow container. Once deposited, the recycling journey begins, with the main destination being recycling plants, where the briks must be separated from other waste. They are then mixed with water and crushed by the rotating blades of a machine called a hydropulper.

The objective is to separate the different materials that compose it, the result is a paper pulp that once dry is converted into fibres. These are then passed through a cylinder which compresses them, dries them and gives them shape. After drying, it is dyed white. Ready!

On the other hand, a mixture of polyethylene and aluminium also remains. These materials can be separated and follow different paths. The leftover polyethylene will be used as fuel and the aluminium will be converted into solid ingots.

However, due to the complexity of this separate process, in recent years a new material has been created, polyalu, which can be used to create different furniture materials. At Only Water we are carrying out an Ecopallets project in order to become the first company to close the circle of life of its product.